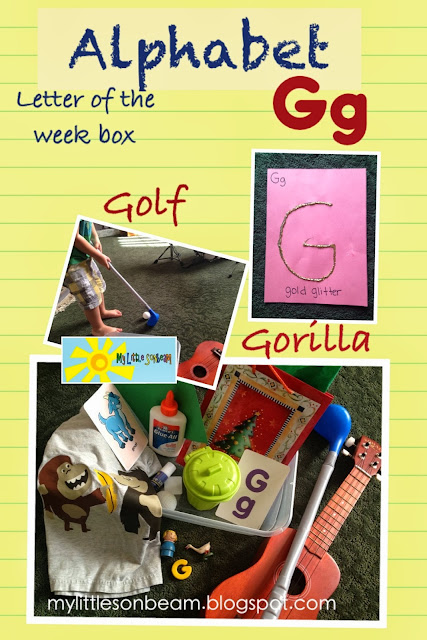 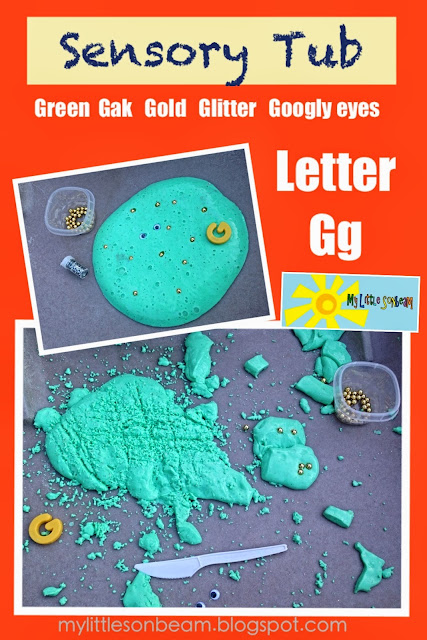 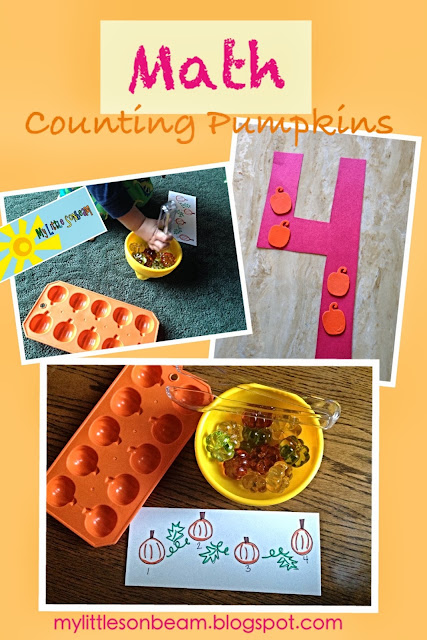 Math activity: counting with pumpkins
I drew four pumpkins on a piece of card stock paper and numbered the pumpkins 1-4. I paired it with a bowl of plastic pumpkins, pumpkin ice cube tray and tongs.
Number 4 Activity and Craft: count four pumpkin stickers and add them on a number four cut out.
Shape Craft: shapely pumpkin 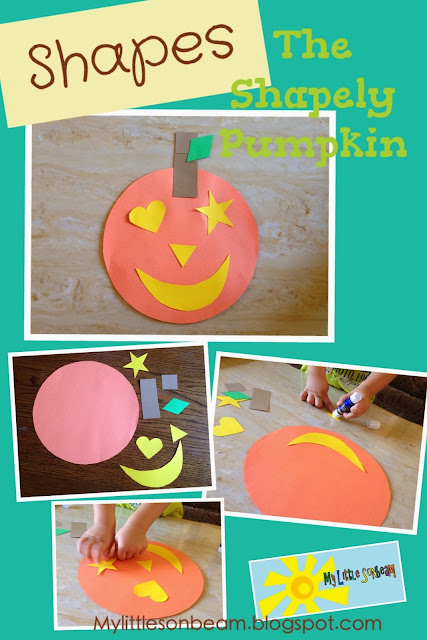 This was a fun and easy way to review shapes!
Theme: 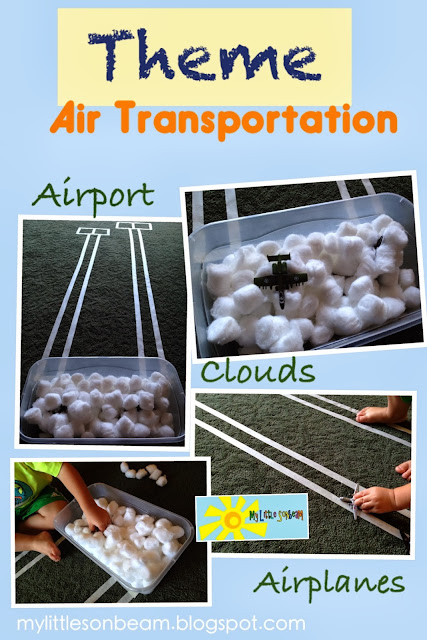 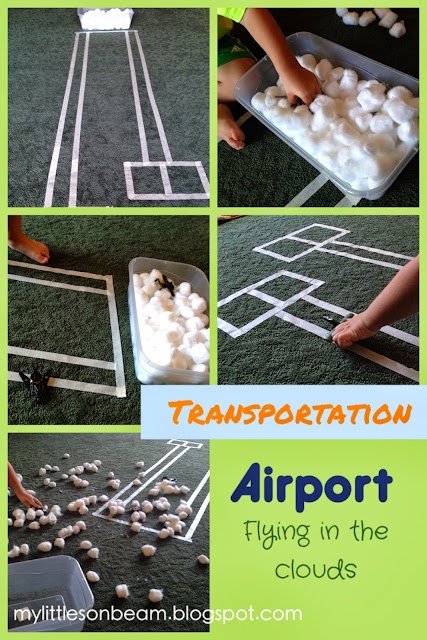 For this activity I created an airport landing strip with painters tape. At one end I had 4 (number of the week!) airplanes covered with cotton balls (clouds!) in a small plastic container. E would find an airplane,in the clouds, and have it fly out to land on the airport strip. He would have it park at the end or fly back again in the clouds. E had a blast flying the airplanes in the air and hiding them in the clouds. 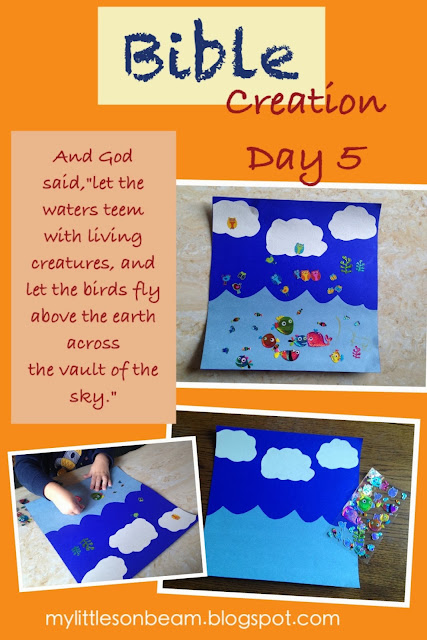 Memory Verse of the Month: "In the beginning God created the heavens and the Earth." Genesis 1:1
Memory Verse Song: "God is Creator" by Seeds Family Worship
We are continuing to talk about that God is Creator. This week we focused on the fifth day of creation. On day five of creation God said, "let the waters teem with living creatures, and let the birds fly above the earth across the vault of the sky."
As I played the scripture song E placed the bird stickers in the sky and the fish stickers in the water on the paper. When the song ended we talked about who made the fish? Who made the birds? We also talked about that fish live in water and birds fly in the sky.
What a blessed week!
For the fourth week of October we will learn about water transportation.
Thanks for your support and stopping by! Hope these ideas inspire you!
Blessings,
Erica
Love to hear from you!
Follow on Facebook:
https://www.facebook.com/MyLittleSonbeam
Follow on Pinterest:
http://pinterest.com/pin/345721708866250375/
Follow on Etsy:
https://www.etsy.com/shop/MyLittleSonbeam
Posted by Erica Diehl at 8:28 AM

Erica Diehl
Kindergarten teacher to little Sonbeams! Shinning God's light and love to little learners. {Started this blog five years ago with my, then, 2 year old son. Now I am back in the classroom full time and I love it!}